This is the thickest, lightest, and most colorful anti-slip yoga mat ever invented! Our luxury vegan suede yoga mat gets grippier as your hands get sweatier thanks to its soft and ultra absorbent micro-suede texture.

2 WAYS TO CLEAN YOUR MAT:

Omg so comfortable and soft and I don't slip .. I used to have trouble doing hip twists cause my elbows would slip on my old mat but this one wow so much grip and yet so soft!!!! 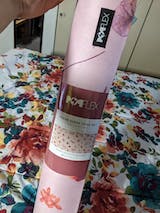 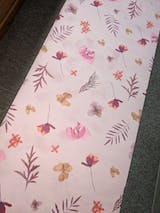 Absolutely in love with this design, it’s really soft. The details of the flowers are amazing. Keeps me on the mood to work out 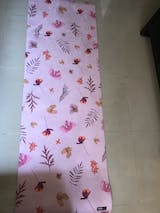 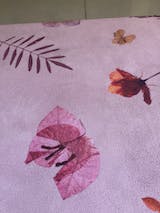 Beautiful mat, looks just like in the pictures. Nice colors, very soft on the top side and seems to be very sturdy! The bottom part has a good grip to the floor, so it doesn't move while working out.

Unfortunately, I live in The Netherlands, so it took 20 days to arrive. Then I had to pay an extra fee (custom taxes, I think) upon arrival. 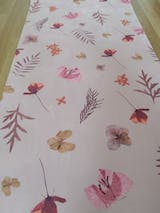 It arrived very quickly and it's so soft and beautiful. I also find it really comfortable for my knees when I want to do kneeling moves. It's really pretty and completely worth it! So in love with it! 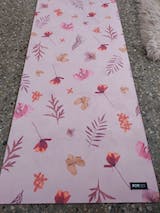 J
JESSICA A.
Soft and pretty

This is my second mat, which is longer than the first bought! I appreciate that it’s longer makes it more comfortable to workout in. The design is pretty and it’s a very soft mat. The thickness of the mat is okay, I would say it’s slightly thinner then the my first mat (which is one that is no longer sold at popflex). Just a slight thickness on this mat would make a difference and would make it much better in my opinion! I’d really recommend watching the videos on how to clean your mat. Very helpful to properly maintain your mat because it does get dirty rather easily. 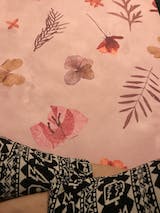 First of all, the mat is absolutely beautiful. I’m a very vintage, feminine person, so I had been waiting for a mat that matched my personality. (My husband agreed to pay for it as an early Mother’s Day present.) The softness of the design only falls second to the softness of the mat. At first, I was worried that the suede fabric would make me really warm. But, I did not overheat! And, it grips waaaaayyyyy better than I thought it would. I thought it was just hype, but it works perfectly! I am notorious for sliding down my mat and having to readjust countless times when doing waist whittlers or roll ups, but not with this mat!!

But then why am I giving it 4 stars?? I hated to do that, but I had to based on how thin the mat is. I know it says that it’s extra thick, but my previous yoga mat that I had bought from Walmart for less than $20 is literally twice as thick. To some people, it might be thick enough... but it should not be called extra thick. I am a fat and fabulous and fit woman who needs more cushion. For now, I am just layering the mats, putting the new one on top of the old one. If this mat had been as thick as my old one, it would have gotten 5 stars easily. 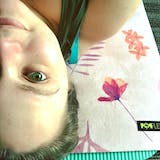 I bought the Dusty blossom, which is not on stock anymore, so I decided to write the review on it here. The mat has beautiful colours and design and is very cushy and as the main thing, it really doesn't slip, when you have wet hands and feet. It is also really easy to clean it. I usually wet it outside in the garden or in the bath, then I use gentle liguid detergent for sports clothes and brush it with a soft hair brush. Then just rinse it with shower or a water hose and hang to dry. 😀.... I love my mat!